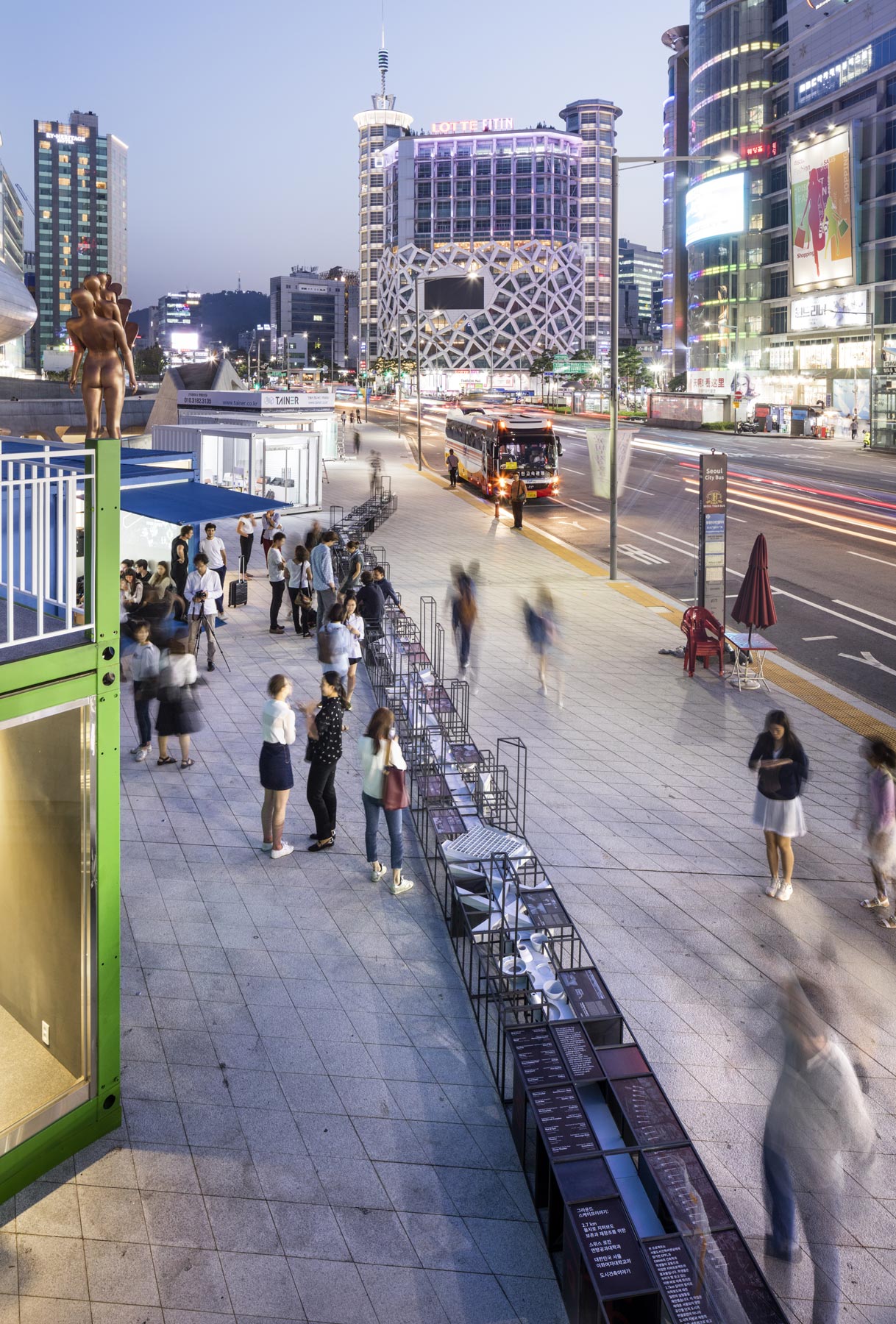 Participating in the 2017 Seoul Biennale of Architecture

Invited by biennale curator Hyungmin Pai at the start of the year, Dominique Perrault and the studio were part of the International Studios exhibitions at the biennale. Our part of the exhibition took place in front of the Dongdaemun Design Plaza where temporary pavillons were installed for the event that lasted several months. The focus of our exhibiton was on the possibilties of underground space in Seoul with the example of the Euljiro underground gallery.

We presented our projects that we developed during the academic year, demonstrating the potential of the underground. With our model we wanted to create an urban object that the people could interract with. So based on our previous tunnel models during the academic year at EPFL, we did a stronger version of it, made out of metal, on which people could sit and look at the projects. What we presented is a 27 meters long bench/model of the Euljiro tunnel with simplified versions of all the student projects that only demonstrates the spatial possiblities of such tunnel. 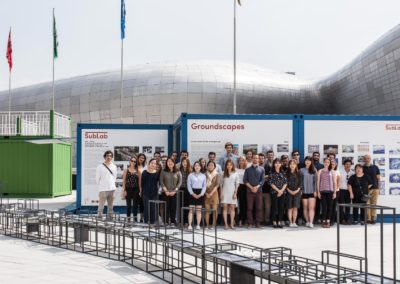 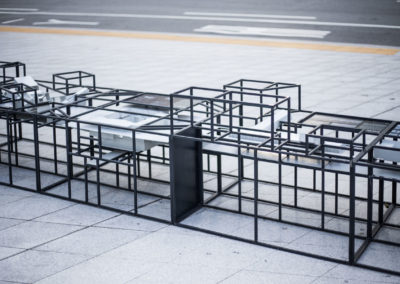 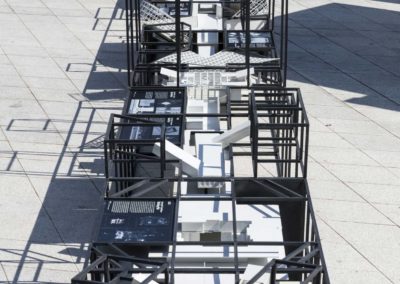 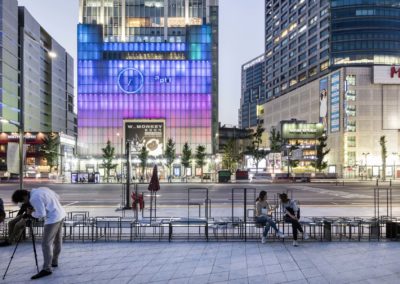 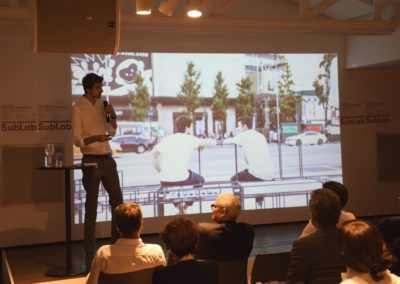 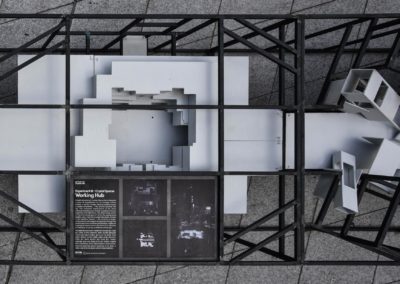 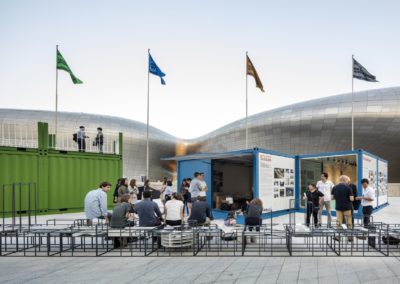 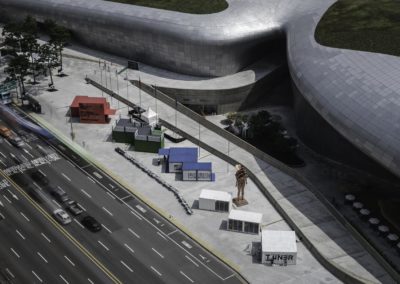 In collaboration with EPFL SUBLAB led by Dominique Perrault.