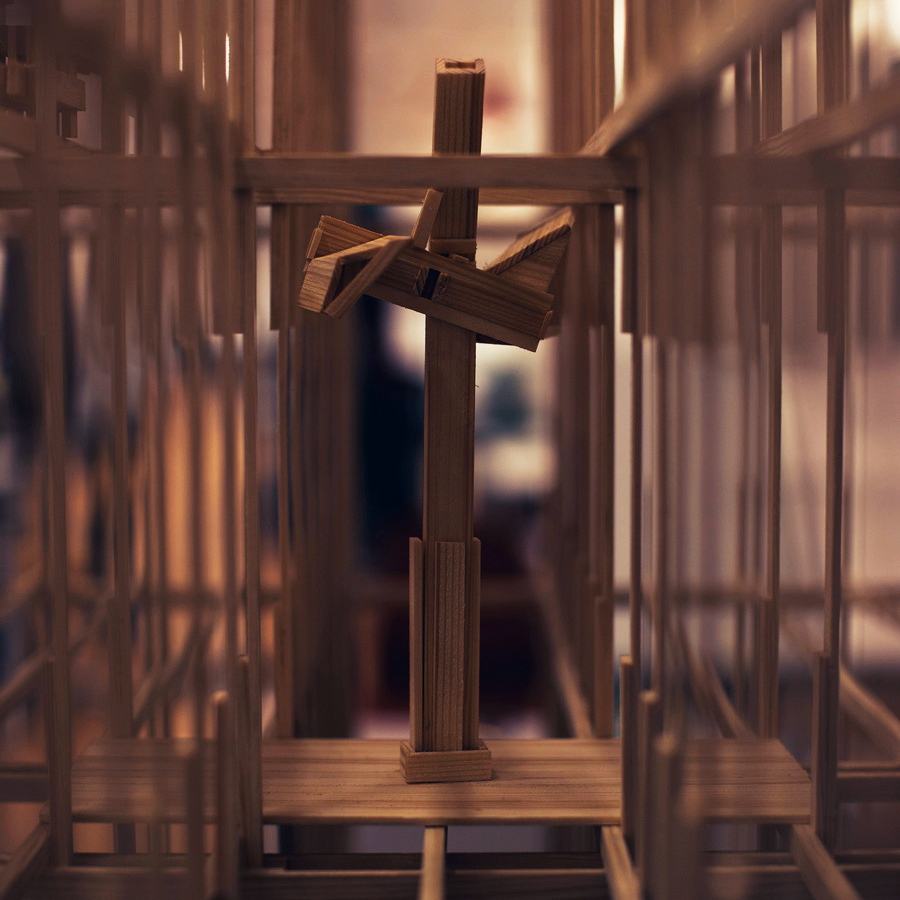 Conceiving a room inside the proto-structure.

The proto-structure was made to host a series of room developed by the students, this phase was the conception of these rooms by all the students, only a few would be chosen/adapted/combined for the real construction that would happen in phase 3. Each group of 2 students were assigned as a site a fragment of about 1/10 of the space somewhere in the structure. We had no real constraint or site apart from the proto-structure itself. It allowed us to focus on any program that would make sense to us while only having a strong structural constraint that could also drive the project.

For the project we decided to differ slightly from the general outlook that was taken by most students and that was input by the professors which was conceiving a room from a structural standpoint that could be extrapolated to an actual function. We shifted the focus from the proto-structure to what is happening IN the structure, which is the multitudes of projects that are being developed by the other students. Our assigned fragment was luckily a very central one in the proto-structure, so came naturally an idea of a room for observation and surveillance of the other projects. Our development based itself on Michel Foucault “Surveiller et punir” and the idea of panopticon. We would make a panopticon for the proto-structure. After attempts of coming up with a room form that would be adapted to our peers projects we abruptly took the decision to once again make a shift in our conception of the room, the room wouldn’t be an enclosed area from where you could observe, but it would be just a simple open floor with an observation and surveillance device on its center, a device adapted to the other projects through the use of adapted visual framing and sound enhancing shapes, based on surveillance devices used during the World Wars.. 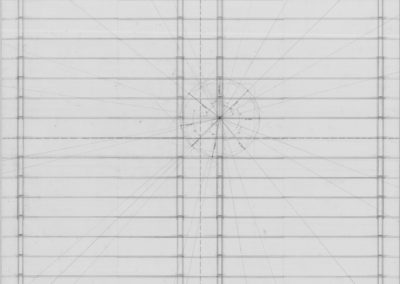 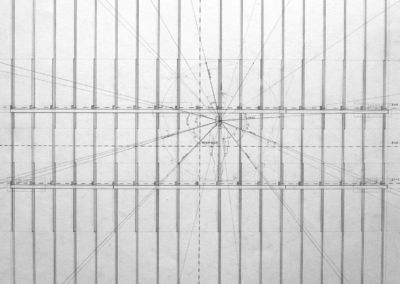 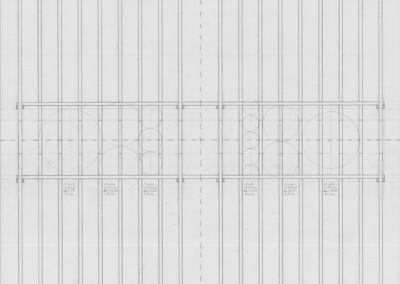 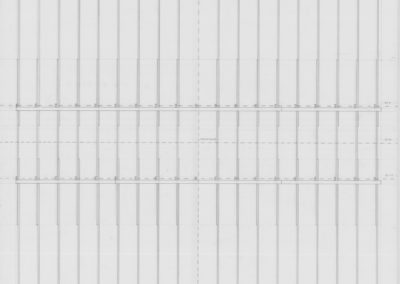 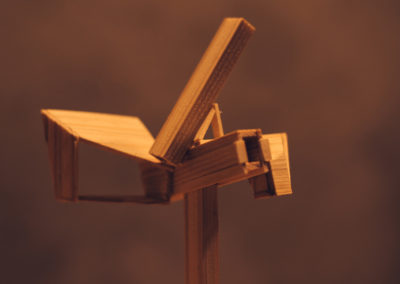 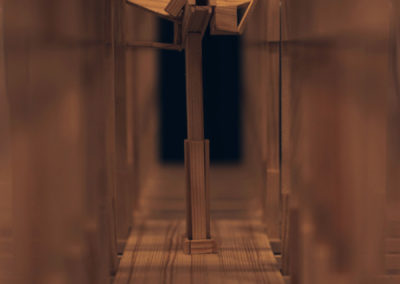 In collaboration with Alex Orsholits