Projecting a scenography for the annual architecture gala.

Each year on the EPFL campus, a festive event called BeSAR is organized by the students inside the architecture building. For the 2018 edition I was elected as president of the organizing committee. BeSAR hosts 1200 people for 6 hours with 2 rooms and scenes, 2 bars. In addition to all the logistics required to transform a university building into a structure being able to host such kind of event, BeSAR is famous for not only being a party but to create a real atmosphere with a theme that changes at each edition.

For this year’s edition we chose Blade Runner as a theme, the goal was to recreate this dark, futuristic, neon-lighted, cyberpunk atmosphere. In addition to the many cardboard decorations, we used a cinema projector and projected on the main hall wall sequences from the two Blade Runner movies, with a VJ (Video-Jockey) to switch between the sequences, working with the colors, the beat and the lighting. The scene was also used as a screen where 2 monoliths were built, to create depth in the projected elements. I believe that to fully grasp the experience you had to be there, but to get a glimpse of it you can still see these pictures. 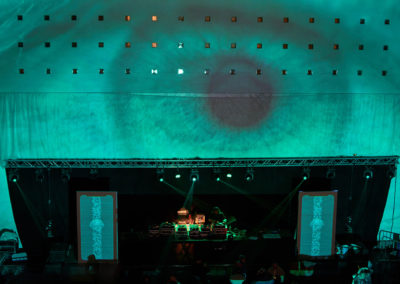 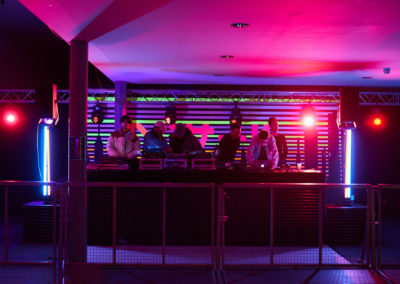 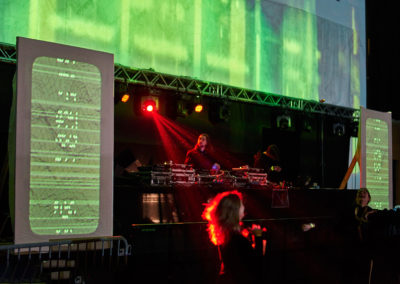